Here is what is new and changed in Firefox 78.0 – gHacks Tech News

by eNews Pal
in Technology
0

Firefox 78.0 is the latest stable version of the Firefox web browser. It was first offered on June 30, 2020 and is the second major release of the browser in June 2020.

The new version is offered via in-browser upgrades and as a direct download from the Mozilla website.

Firefox 78 is the first release of the new Firefox ESR, Extended Support Release, version and as such introduces major changes to systems that are upgraded from the previous 68.x ESR version.

All Firefox channels are updated around the same time. Firefox Beta and Developer will get bumped to version 79.0, Firefox Nightly to version 80.0, and Firefox ESR to version 78.0 just like Firefox Stable. The Android version of Firefox will also be upgraded to 78.0 as it follows the ESR release schedule until the migration to the new Android browser completes.

The next stable version of the Firefox web browser will be released on  July 28, 2020. 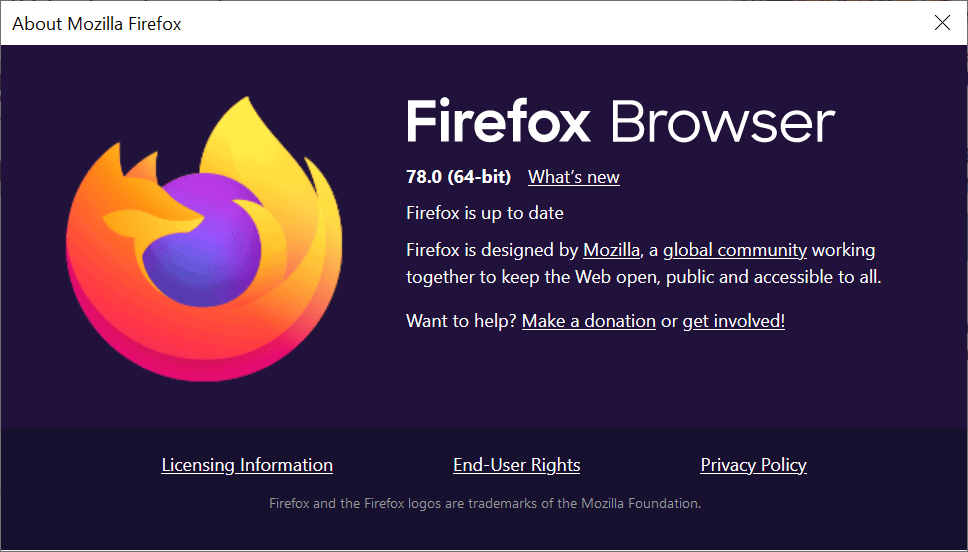 The rollout of the new Firefox versions starts on June 30, 2020. Firefox installations will pick up the new version automatically if automatic updating has not been disabled in the browser.

Firefox users may select Menu > Help > About Firefox to run a manual check for updates. Note that the release may not be offered right away as it may not be released yet if you try to upgrade to early on June 30, 2020.

The following pages list direct downloads for supported Firefox channels (will be available later on June 30, 2020) 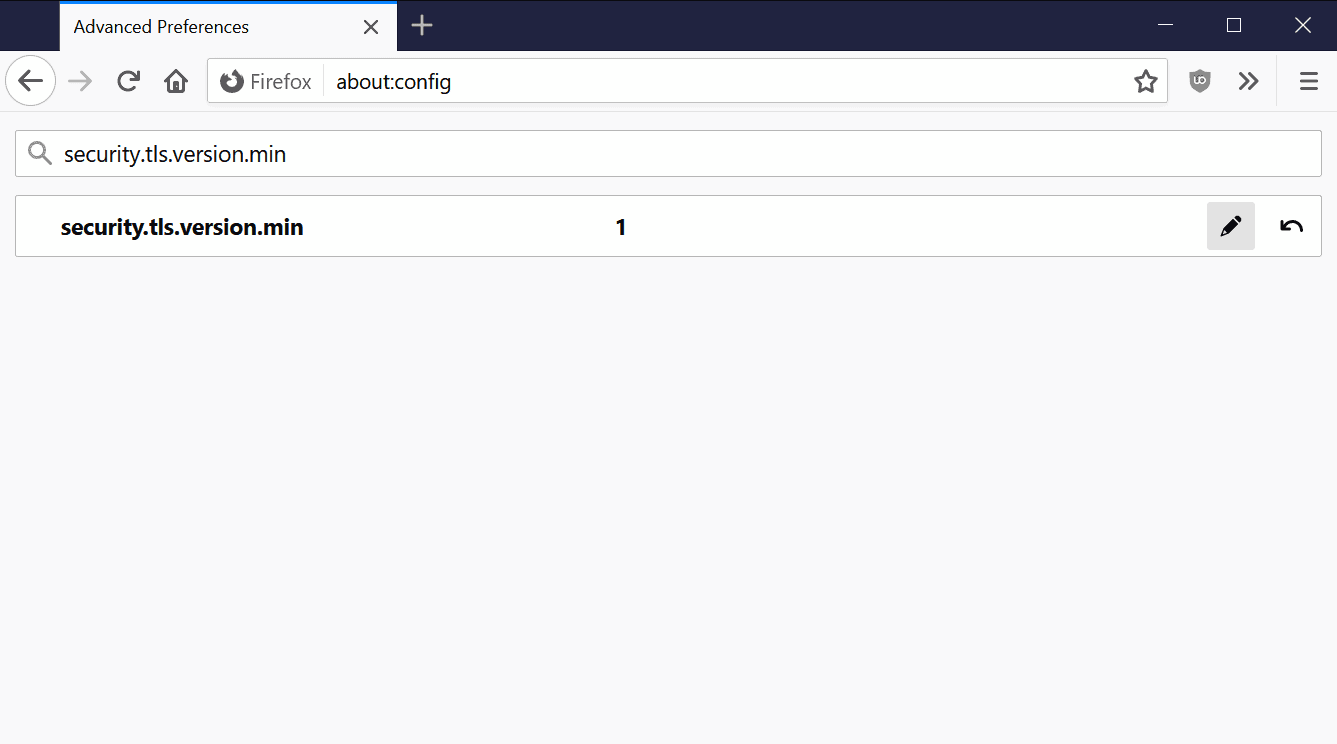 All major browser makes pledged to remove support for the protocols from their browsers to push the adoption of TLS 1.2 and TLS 1.3 which offer better security and performance.

The protocols have not been removed in Firefox 78.0. It is still possible to restore these by doing the following:

Note that Mozilla will remove support for TLS 1.0 and 1.1 eventually so that it will no longer be possible to restore support.

Tip: use the add-on IndicateTLS to show the TLS version of sites in Firefox’s address bar.

Firefox 79.0 removes support for the following DEH cipher suites as well. These are considered weak according to Mozilla:

Firefox ESR 79.0 is the new major Extended Support Release version. The ESR version bumps introduces lots of new features to the ESR channel as these get security and bug fix updates only for the most part during minor version upgrades

You can check out our reviews of the last eight or so Firefox Stable releases for a rundown on the changes, or check out some of the highlights here:

Check out this Firefox 78.0 ESR guide on the Mozilla website for additional changes. 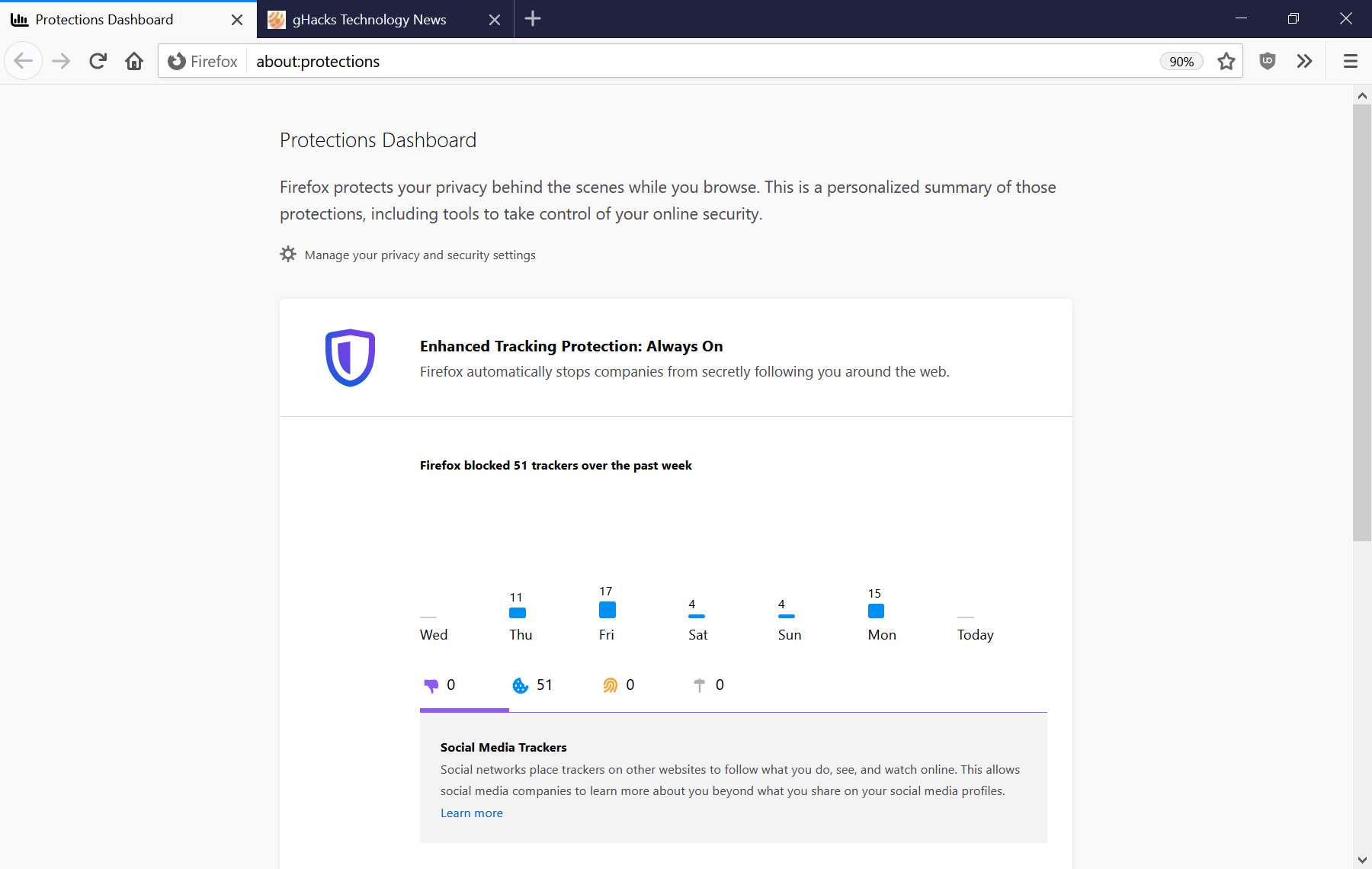 Security updates are revealed after the official release of the web browser. You find the information published here.

Here is what is new and changed in Firefox 78.0

Firefox 78.0 is the latest stable version of the Firefox web browser. It was first offered on June 30, 2020 and is the second major release of the browser in June 2020.