by eNews Pal
in Business
0 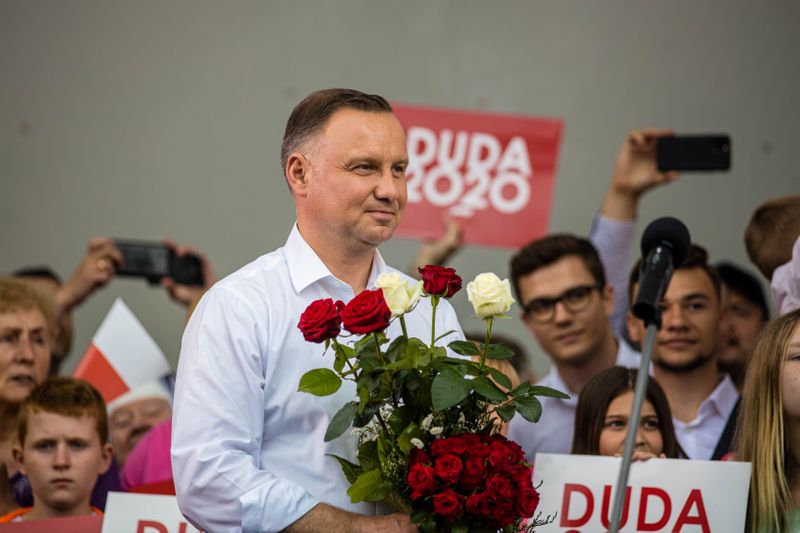 WARSAW (Reuters) – Poland’s President Andrzej Duda got the most votes in the first round of elections, final results showed on Tuesday, as the focus turned to what looks set to be a close-fought run-off vote on July 12.

Duda, an ally of the ruling nationalist Law and Justice (PiS) party, will now face off against liberal Warsaw mayor Rafal Trzaskowski, a member of the centrist opposition Civic Platform.

The president’s role is largely ceremonial, but he has the power to veto legislation put forward by parliament.

Trzaskowski would be able to block legislation from the PiS-run lower house of parliament if he can persuade supporters of other candidates to back him and hand him the top job.

Duda got 43.50% of the vote in the first-round presidential vote and Trzaskowski came second with 30.46%, the results showed.

“The voter who voted for (far-right Confederation candidate) Krzysztof Bosak or (independent candidate) Szymon Holownia can pick cooperation with the government or fighting between the president and the government for three and a half years,” government spokesman Piotr Muller told private broadcaster Polsat on Tuesday.

Disclaimer: Fusion Media would like to remind you that the data contained in this website is not necessarily real-time nor accurate. All CFDs (stocks, indexes, futures) and Forex prices are not provided by exchanges but rather by market makers, and so prices may not be accurate and may differ from the actual market price, meaning prices are indicative and not appropriate for trading purposes. Therefore Fusion Media doesn`t bear any responsibility for any trading losses you might incur as a result of using this data.

Fusion Media or anyone involved with Fusion Media will not accept any liability for loss or damage as a result of reliance on the information including data, quotes, charts and buy/sell signals contained within this website. Please be fully informed regarding the risks and costs associated with trading the financial markets, it is one of the riskiest investment forms possible.