Perhaps it is human nature. Maybe it’s more specifically a Liverpool thing. Or it could simply just be something to talk about instead of the weather, but we seem to spend a disproportionate amount of time as Reds comparing things.

Comparisons can be useful, especially when you realise this article is better than the last one you read, but for Liverpool managers of the last 30 years they have generally been a hindrance.

So much was achieved by Bill Shankly, Bob Paisley, Joe Fagan and Kenny Dalglish between 1959 and 1990 that they didn’t so much lay down a marker for their predecessors, but dug it into the core of the earth.

Kopites will always point to trophies as benchmarks for success, but the true standard to live up to was set between 72/73 and 90/91 when Liverpool only finished outside of the top two once, in 80/81.

A European Cup and a League Cup were consolation pots to put on the table, but there was an inherent culture of ‘first is everything, second is nowhere’ at Anfield.

For example, take this quote from Graeme Souness, a month after he took over as Liverpool manager in 1991, following a 2-1 defeat at Nottingham Forest that meant Arsenal were league champions: “Second may be a healthy place for some clubs, but not us.” 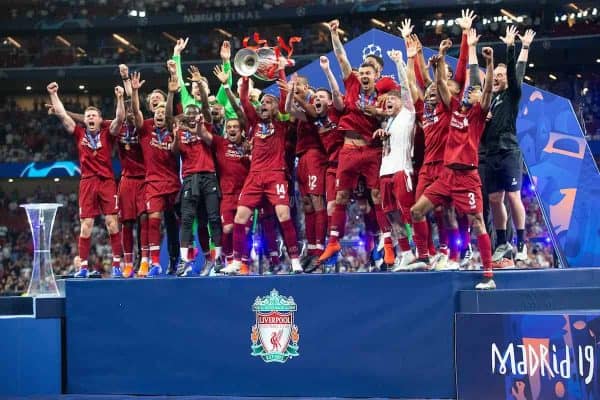 Second turned out to be far healthier than the back-to-back sixth-place finishes that followed under his management as a 30-year dynasty finally unravelled, yet in the minds of Liverpool supporters the standards that had previously been set never diminished.

Critics see it as arrogant, others as an inflated sense of entitlement, but despite not being champions of England for 29 years, Kopites have always felt that the Reds should be; that first place is Liverpool’s rightful position in English football.

Such an attitude—an assured cockiness—is indelibly linked to the Scouse spirit that made Liverpool a city that has always punched above its weight.

Liverpudlians realised a long time ago that for a port city like Liverpool to thrive you have to talk yourself up louder than the people who will talk you down. You’ve then got to back that up with tangible success, something Liverpool did on the football pitch for three decades.

You also have to reinvent yourself when the world changes, but that can take time. Liverpool got left behind off-the-pitch when the Premier League era started and catching up was no quick fix.

Hindsight is a wonderful tool, at least it is unless you consider the ramifications of having a pair of eyes above your arse, but it took Jurgen Klopp to make us all realise where Liverpool had truly been going wrong for 25 years.

Klopp built a team around his philosophy, not around a player. That is all.

Amid the wild celebrations on Thursday night, the Premier League-winning Liverpool manager said the following:

“Steven Gerrard – this club is built on, in the last 20 years, on Stevie’s legs. He had to carry all of the pressure on his shoulders and he did that exceptionally well. I am really happy that we can deliver this title to him as well.”

It is downright unfair to suggest Liverpool were a one-man team when Gerrard was in it, but he was integral to all the success the Reds enjoyed in cup competitions under Gerard Houllier and Rafa Benitez.

To be the only player in the history of football to have scored in a Champions League final, UEFA Cup final, FA Cup final and League Cup final—in games that Liverpool also won—is truly phenomenal, but also an example of how over-reliant the Reds were on Gerrard to perform in big games.

You can do that in the cups. You can win a knockout competition when you’ve got a star player who can produce in one-off games (watch Messi or Ronaldo win the Champions League this year given the summer tournament format), but you can’t rely on an individual to consistently produce that over 38 league games.

So Klopp built a team that can win a Premier League title over 31 games instead.

Yes, some players are clearly more integral to Klopp’s team and tactics than others, but this Liverpool can still get results when key players are missing.

Alisson has missed nine games and come off (injured and dismissed) in two others. Liverpool won all 11 of those matches without the best goalkeeper in the world. Adrian has had his moments, but deserves a lot of credit for the part he has played.

Fabinho, the best defensive midfielder in the league, has also missed nine games and don’t forget that arguably Liverpool’s best payer in the opening two months of the season, Joel Matip, has hardly played since.

But what also says a lot is that the Reds went to Old Trafford and Goodison Park, two of the hardest away games in any season, and got points at both without Mo Salah—the club’s leading goalscorer for the last two seasons and chief goal-getter again in 19/20.

Yes, Liverpool didn’t win either game, but when you consider the Reds haven’t won a single league game at Old Trafford without Gerrard in their team since 1990, it again reminds you of both his importance and how Klopp’s Liverpool can ride a wave or two when key players are missing.

That has been a key underpinning of their remarkable consistency and relentless drive to be champions, but the most comparable thing about Klopp’s class of 2020 and the teams that Shankly, Paisley, Fagan and Dalglish built will always be that they are teams in every sense of the word, not a collection of individuals unable to reach the same level as the world-class player they are built around.

And if the Reds end the season with seven more wins and finish on 107 points, then it won’t just be future Liverpool managers having a seemingly unmatchable new comparison to live up to, but those in charge of every big club, in every big league, for a long, long time to come.

• Chris McLoughlin writes for This Is Anfield; he’s also senior writer for Reach Sport who have produced a souvenir picture special to celebrate the Reds’ title success, available here.

Stimulus check 2: Would you get a second $1,200 payment from the IRS? The update so far

Building Back Greener in Africa

Building Back Greener in Africa